Welcome to Cave of the Mounds National Natural Landmark!

Here are some fun facts about the cave at different stops in Cave of the Mounds. This is written in order of stops on a typical tour route.

Cave of the Mounds was accidentally discovered on August 4, 1939, after quarry workers blasted out their limestone rock for local road projects. Just 3 hours later, the first explorers entered the cave. 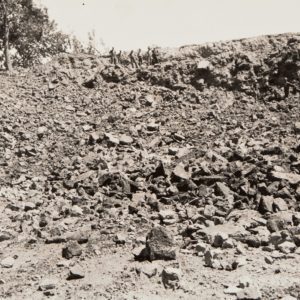 Cave of the Mounds is a limestone solution cave. Water containing carbon dioxide from the atmosphere and decomposition in the soil above form a solution called carbonic acid. This weak acid erodes (wears away) the limestone rock, creating this cavern over time. 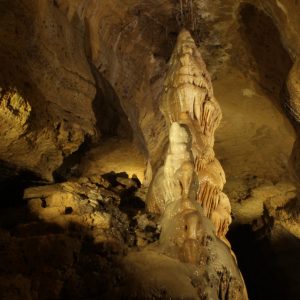 How did the rock come to be here? Long ago, there was a shallow body of water here called the Ordovician Sea. All of the sediments from that sea formed the 400 to 500-million-year-old limestone bedrock layers all around us.

A fossil is the remains, impression, or trace of a living thing from the distant past. Looking back and directly above the last stalagmite, you might catch a glimpse of a Giant Cephalopod fossil, a squid of a bygone era that had a cone-shaped shell. 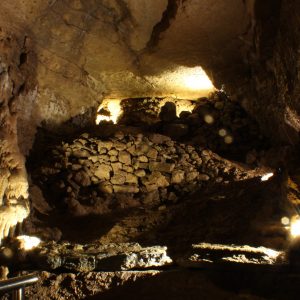 Once this portion of cavern was formed, cracks in the rock continued to widen and wash away through mechanical erosion. This lower section of the South Cavern is known as the Meanders. Pits and zig-zags along the trail follow the original route of the swirling, rushing water that created it. 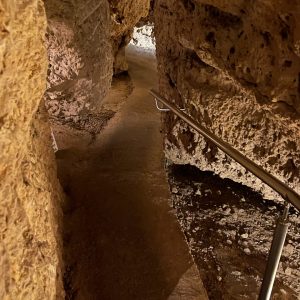 We are back on the main level of the cave. As we look around, you’ll see that the Meanders continue into and beyond this room under the original entrance platform.

There’s a bit of a mystery in this room. If we look at the ceiling here, we can see several converging fissures in the limestone. This may be evidence that an increased amount of chemical erosion occurred here, making this room so much larger than the others.

Look off into the south corner, back toward the direction we just came from. The calcite formation on the floor is called flowstone. There is a formation up at the top of the flowstone called ribbon stalactite or drapery, but some of us affectionately call that “cave bacon.” 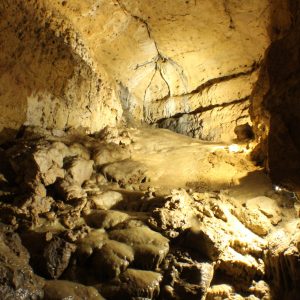 The flowstone structure next to the stairs has been named the Painted Waterfall. When water carries dissolved iron and manganese into the cave, oxidation occurs. The product of that process is the variety of colors – red, black and gray – seen here. 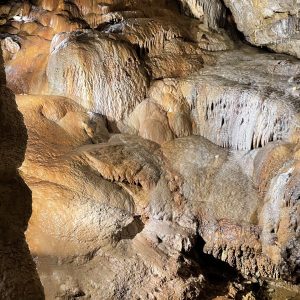 Clusters of stalactites have grown in unison from deep domes along the main fissure in the cave ceiling here. Water dripping into the cave slowly is likely why there are so many stalactites and so few stalagmites here. 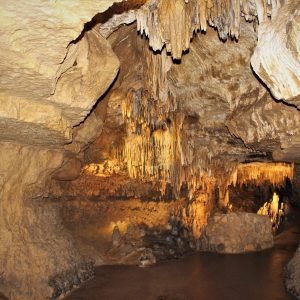 Column formations occur when stalactites and stalagmites join to form a pillar-like structure. There are many columns in this area. 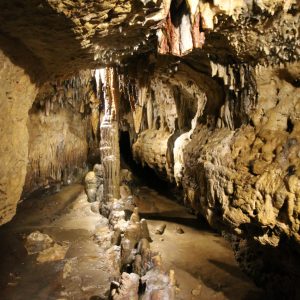 These two windows were opened to the public in 1948, providing a glimpse into the variety of formations possible in an underground cave environment. Cave drapery hangs like curtains, and some stalagmites resemble beehives. Rimstone dams create meandering pools along the flowstone surface, while shelf stone protects a pool that emerges from underneath. A giant column rises from the cave floor to the ceiling. 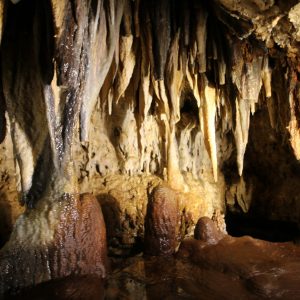 This area was excavated in 1957 and that is when this Surprise Cave was first discovered. We can see all of the features of a traditional solution cave here, up close and on a smaller scale. 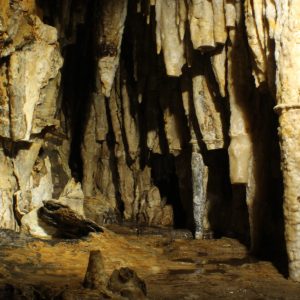 Dream River extends back several hundred feet and narrows sharply at the very end. The pools of water in the “river” often hold stunning reflections – views into the domes above that hold many brilliantly colored and delicate formations. 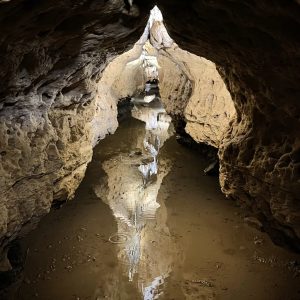 Thank you – We hope you enjoyed these fun facts about the cave and that we inspired you to help protect and preserve natural places.

When visiting the Cave of the Mounds, ask any one of our guides about their favorite fun facts and you might learn more than you expected! Our history and geology facts can be fun to learn, hence the term fun facts! 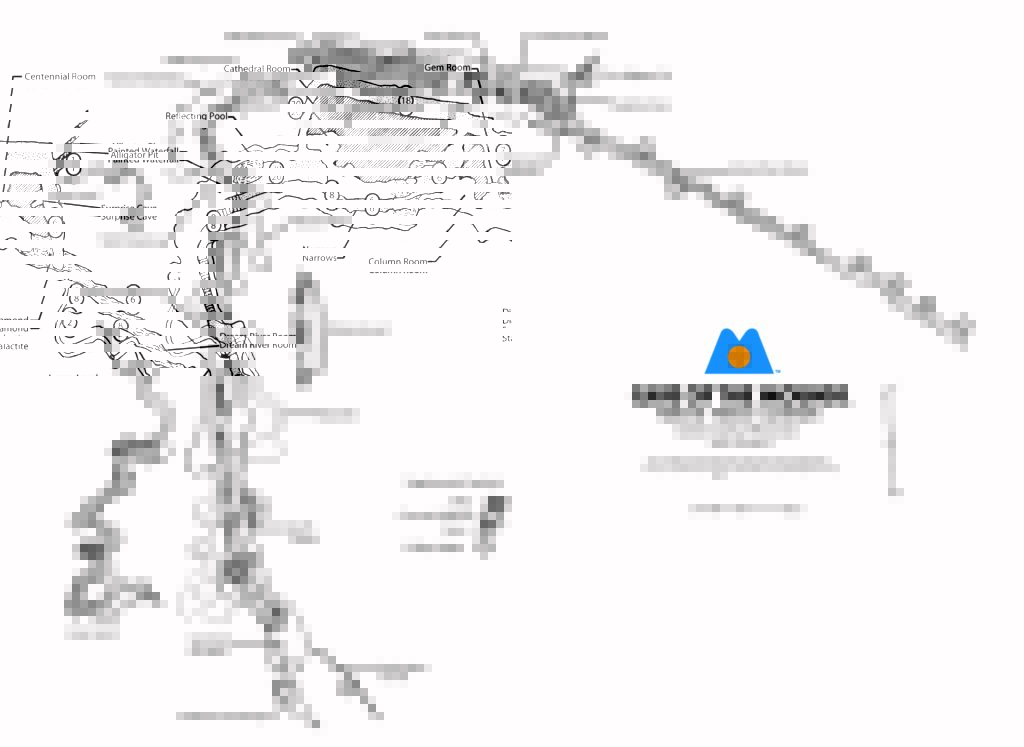