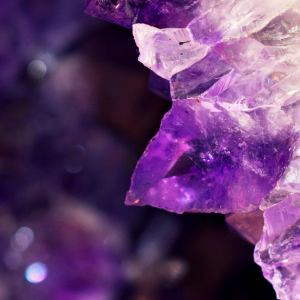 “Febru-Ore-Y” is an educational add-on to your cave tour. While you walk around the cave, you collect a few rocks on the way and learn something interesting about them. It’s a fun activity for rock enthusiasts of all levels!

Let’s answer the first question first. Ores are minerals or rocks that contain important metals or other valuable ingredients. For example, hematite is a mineral that contains iron. Bauxite is a rock that contains aluminum. Usually, ore minerals must be processed to obtain the valuable materials within. This process can include a blast furnace or a smelter. 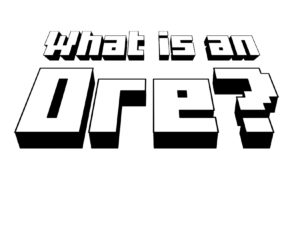 The two ores that will be collected are:

Don’t be fooled, pyrite isn’t gold. Instead, it’s a combo of iron and sulfur. The name pyrite comes from the Greek words meaning “fire” and “rock”, because pyrite sparks when struck against metal. In the past, pyrite was used to ignite “wheellock” firearms, produce sulfuric acid, produce elemental sulfur, produce “green vitriol” or iron (11) sulfate, a medicine and versatile chemical. Today, most of these can be produced more cheaply and easily from other sources. But pyrite isn’t obsolete yet!

Today, pyrite is used in certain lithium batteries. It is also a promising, cheap material that may someday be used to make solar panels. Perhaps, surprisingly, a real source of gold! In the 1960s it was found that some pyrite contains tiny, invisible particles of gold. This pyrite is scattered throughout rocks in “Carlin-type” deposits, named after Carlin, Nevada. Mines in the “Carlin Trend” have produced more gold than any other area in the United States! So much for the nickname “fool’s gold!”

Chalcopyrite (KAL-ko-pie-rite) is a combination of copper, iron, and sulfur. Although it contains only about 35% copper, it is one of the world’s most important copper ores because of its abundance. Chalcopyrite looks very similar to pyrite. The multicolored finish of samples like these—often called “peacock ore”— produced by acid treatment. Despite its similar appearance, chalcopyrite is softer than pyrite (unlike pyrite, it cannot scratch glass) and lacks pyrite’s cube-like or octahedral crystals.

Southwestern Wisconsin is best known for lead and zinc ores, but both pyrite and chalcopyrite can also be found here. All four are “sulfide” minerals that were injected into the rock together long ago. 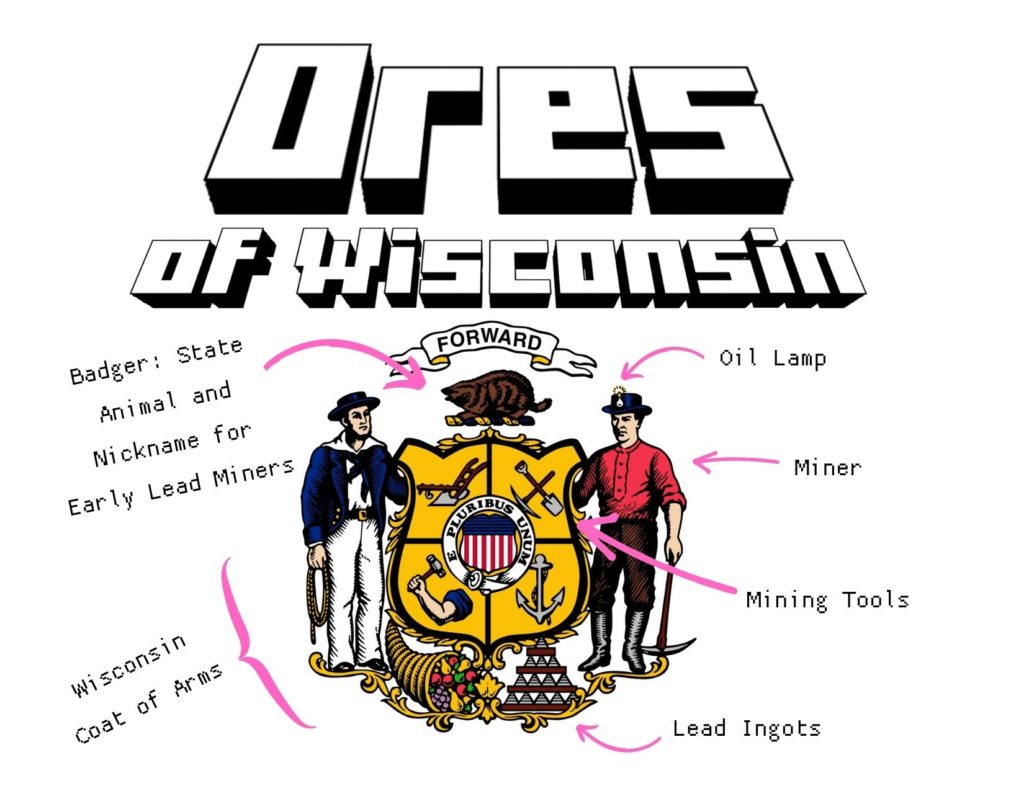 Iron mining in Wisconsin began in the mid1800s in the central part of the state. The greatest amounts of iron, however, were mined in the northern part of the state at various locations from the late 1800s until the 1980s. There, iron-rich ores were pulled from mines that went almost a mile deep! Lower-grade “taconite” ore is also present. Taconite is often formed into pellets for shipping.

A common form of iron ore in Wisconsin is “banded iron formation,” or “BIF,” a sedimentary rock with layers of hematite and/or magnetite.

Sphalerite, the counterpart of the lead ore galena, is chief among the zinc ores in southwest Wisconsin. Unlike lead mining, which peaked in the 1840s and had all but vanished by the time of the civil war, zinc mining’s heyday was in the late 1800s, when Mineral Point had the world’s largest zinc smelting site. Zinc mining continued until the 1930s.

Ores are pretty cool! Come on in and enjoy Pyrite and Chalcopyrite all year long in our gift shop!

Galena is abundant in southwestern Wisconsin. Native Americans have been aware of it for centuries; pioneers who came to Wisconsin, Iowa, and Illinois in the early 1800s found that it could be profitably mined with the most basic tools, initiating a lead boom that lasted through the 1840s. Those who sheltered in their diggings became known as “badgers,” giving Wisconsin its nickname “The Badger State.”

Cave of the Mounds was discovered by descendants of Ebenezer Brigham, a lead miner, Dane County’s first permanent settler of European ancestry, and purchaser of the land that includes the cave.