Wisconsin is nicknamed the Badger State, not because of our wildlife, but because of our state’s lead mining history. This animal can be seen on our Coat of Arms, State Flag, and State Seal. It is because of the miners in southwest Wisconsin that we first obtained this nickname.

Indigenous tribes such as the Ho-Chunk, Fox, and Sauk, had known about galena, a lead ore for hundreds of years before the arrival of European settlers.  They used it as a pigment for crafts.  Land in southwestern Wisconsin was made available through treaties beginning in 1804, coinciding with the rising demand for lead.  When processed in a shot tower, this “grey gold” was used for pewter, pipes, weights, paint, and ammunition or “shot.”

Many of the European settlers already had mining experience from looking for copper, lead, and tin back in England.  By 1829, more than 4000 miners had settled in southwestern Wisconsin and had processed more than 13 million tons of lead.

The Lead Rush of the 1820s was more than the fur trade or farming.  Towns such as Platteville, New Diggings, Mineral Point, and even Lead Mine were established by such miners.  Mining had a very quick return.  Workers did not need complex tools, so the initial investment was small.  Successful workers could earn enough money in a few months take the rest of the year off!

Because the miners were so gung-ho about getting their mines built, they did not leave enough time before winter to build their own homes.  Many lived in simple structures or even underground in “Badger Holes.”  This somewhat derogatory nickname has now become something that Wisconsin is very proud of.  Our mining history is displayed on the state seal, with a miner, a pickaxe, a pyramid of lead, and a badger.  The University of Wisconsin-Madison mascot is Buckingham the Badger, or Bucky to his fans.

Cave of the Mounds also has a lead mining history. No, the cave was never mined. It was not found until 1939, almost a hundred years after the lead rush. However, there was a lead miner who owned this land for years never realizing there was a cave beneath him.

His name was Ebenezer Brigham. He settled in Blue Mounds in 1828, as the first European settler in Dane County. Near his mine, he built the first public house or tavern in town. He named it “Brigham’s Place” and it was never short of laborers or customers. Brigham continued to expand the area by building an inn for his miners, a trading post for travelers, a stagecoach stop, and eventually Dane County’s first post office. Before building this community, all the food supply came from Galena, Illinois.

One of Ebenezer’s mines went to the depth of over 75 feet and it produced upwards of 4,000,000 pounds of lead! The only tools that were used were a windlass, rope, and tub. Brigham would haul the product to Green Bay, Chicago, and Galena.

The popularity of lead mining began to decline in the 1850s.  By that time, Wisconsin mines had produced more than half of the nation’s output.  New technology allowed zinc deposits in the area to be extracted.  Many settlers also moved to Michigan in search of copper deposits, or to California to find gold. The remaining miners worked part-time and also farmed.

What happened to Ebenezer Brigham? Read this article. 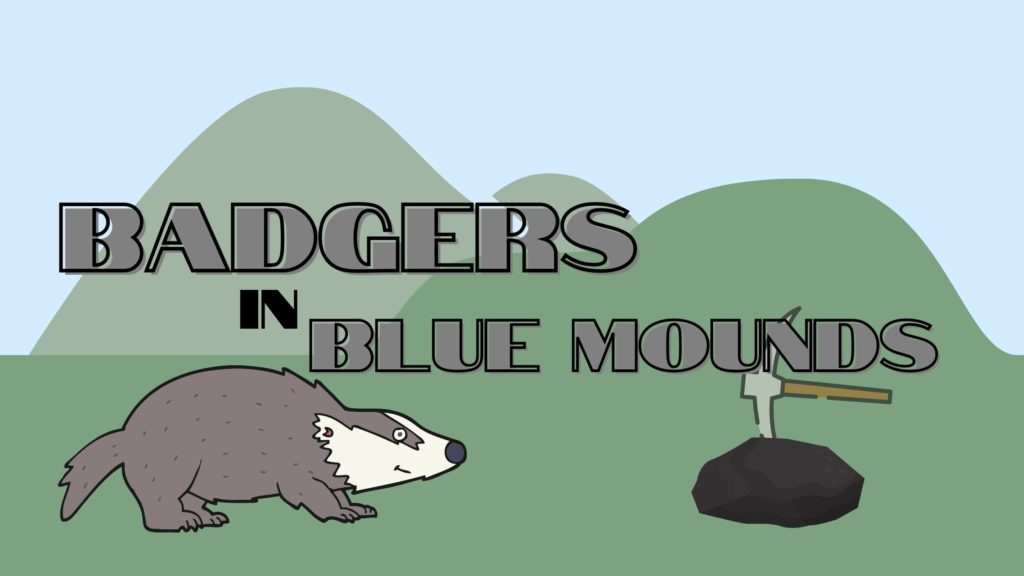