Over the past several weeks, it has been a Winter Wonderland here at Cave of the Mounds. While many of us thought that it was due to the winter phenomenon of Hoar Frost, it was actually something called Rime Ice. What is the difference between them? Well, let’s break it down… 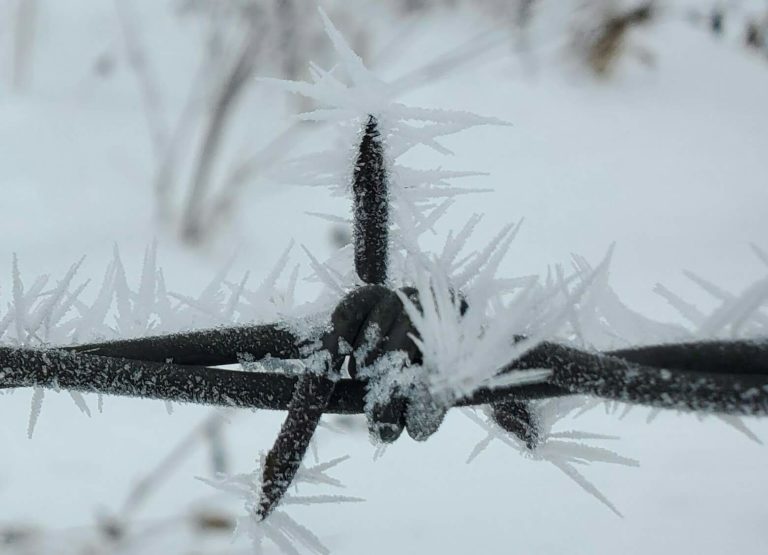 Hoar Frost typically occurs on clear nights when the air has a dew point below 32 degrees. That allows the moisture in the air to skip the droplet stage and go straight to forming crystals. Hoar Frost also needs calm air for the beautiful and delicate crystals to form. Think of it as dew forming on all the trees, branches, posts, etc., but they form frozen crystals instead of water droplets.

Rime Ice occurs when supercooled droplets from fog, freeze onto objects and structures. An easy way to think about it is a “freezing fog”.  The key is that surfaces (structures, trees, branches, etc.) need to be at 32 degrees or colder for this phenomenon to occur. When the winds are high during this freezing fog the crystals will become “hard” and you can see the ice crystals clustered together. When the winds are calmer than you get what is called “soft” rime ice which allows you to see the individual crystals better.

Here are some of the images from around the grounds during the latest round of rime ice. All part of our Winter Wonderland at Cave of the Mounds.

Source for this article: