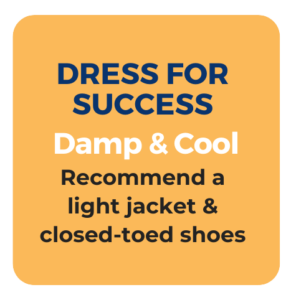 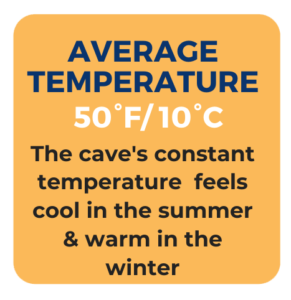 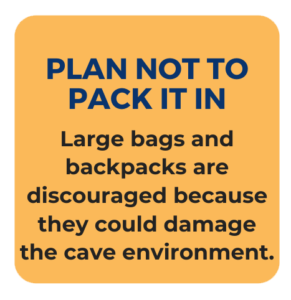 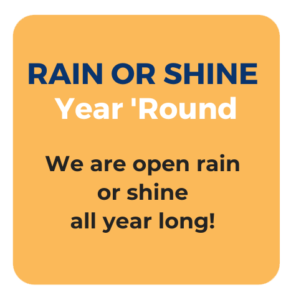 What is a Self-Paced Tour?

Take a self-paced stroll through this geologic wonder. Entries enter  regularly every day of the year. Your walk will guide you past a stunning array of colorful crystal formations on paved lighted walkways. As you explore, NEW signage will explain the science and history and our staff are stationed in the cave to make sure that you enjoy your experience.

How long is the cave?

The total surveyed length of the Cave (lengths of the caverns, Meanders, and every nook and cranny added together) is 1692 feet. The straight-shot length of the caverns, from the “South End Collapse” to the end of the “Dream River Room” (as the bat flies, though Cave of the Mounds doesn’t have bats!) is approximately 750 feet. We walk about 1/5 of a mile (about 1100 feet) on the tour.

How far underground are we?

Distances from floor of Cave to surface:

How does air get into the cave?

Limestone is a porous rock, so air and water pass through it fairly easily. As the barometric pressure changes outside, air passes through the limestone to compensate for the change, thus either drawing air into the Cave or pushing it out.

Why aren't there any animals in the Cave?

Bats, coyotes, raccoons, and other trogloxenes that might have used the Cave for shelter would have needed a natural opening to enter and exit through. Before Cave of the Mounds was discovered in 1939, it was a closed system. That means, there were no natural openings from the Cave to the surface above, keeping it hidden for millions of years. Most caves are discovered via a natural opening created by a sinkhole or other natural occurrence, so this unique feature distinguishes Cave of the Mounds from other show caves in Wisconsin.

How fast does the Cave grow?

It takes approximately 100 years for cave onyx to grow 1 centimetre if perfect conditions were to exist. In reality cave formations can take even longer to form.

HISTORY OF THE CAVE

Is the Cave privately owned?

Yes, and it has been since the day it was discovered. The Cave is on Brigham Farm, which was founded in 1828 by Ebenezer Brigham, the first european settler in Dane County. When he passed on, he left the property to his great nephew Charles Brigham, Sr. Charles and his family operated the property primarily as a dairy farm, but occasionally leased quarry rights to local contractors, and thus in 1939 the Cave was discovered! In 1988, Cave of the Mounds earned the National Natural Landmark designation, entering into a public-private partnership with the National Park Service. This partnership ensures that the Cave will be managed & protected for future generations as a prime example of Wisconsin’s Natural Heritage.

When was the Cave discovered?

Cave of the Mounds was accidentally discovered on August 4, 1939. Workers, who were removing high quality limestone from a quarry on the Brigham Farm, blasted into the Cave. The blast tore the face off the quarry and revealed a great underground cavern. All quarrying stopped and never resumed. The dynamite blast revealed a limestone cave more than twenty feet high opening into other rooms and galleries, all containing numerous mineral formations.

The excitement of the discovery brought so many curiosity seekers that the Cave had to be closed in order to preserve it. Soon, lights and wooden walkways were installed. And, in May 1940, Cave of the Mounds was opened to visitors. Millions of visitors later, the Cave’s wooden walkways were replaced with concrete; a large stone building replaced the original entry building; and theatrical lighting has been installed to dramatize the colors and shapes within the Cave. Picnic areas, walking trails, rock gardens, gift shops and a visitor center have all since been developed.

SCIENCE OF THE CAVE

What causes the different colors in cave onyx?

How far is the water table below the cave?

Are there current efforts to find more cave passageway?

Three methods for finding caves are seismic soundings, resistivity testing, and gravity measurements. However, due to the sensitivity of the equipment, such testing can be extremely expensive. Also, it is very difficult to determine the size of underground cavities using surface testing. Gravity testing has been done around Cave of the Mounds; and more recently seismic soundings were tried above the Song of Norway grounds. 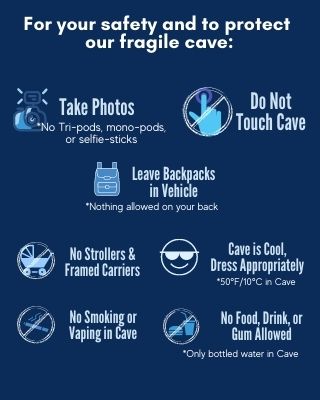 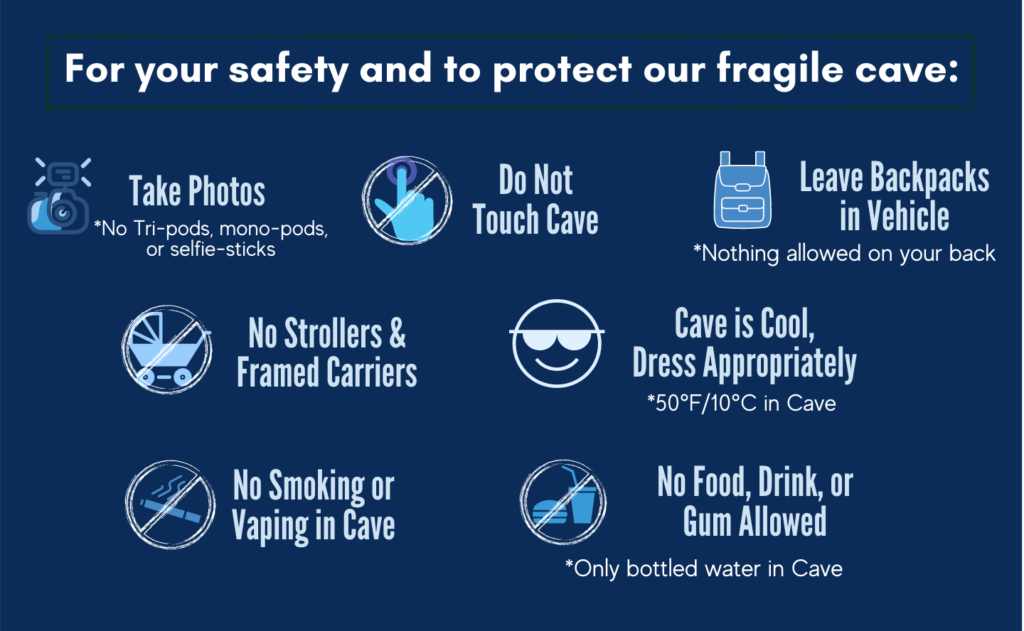 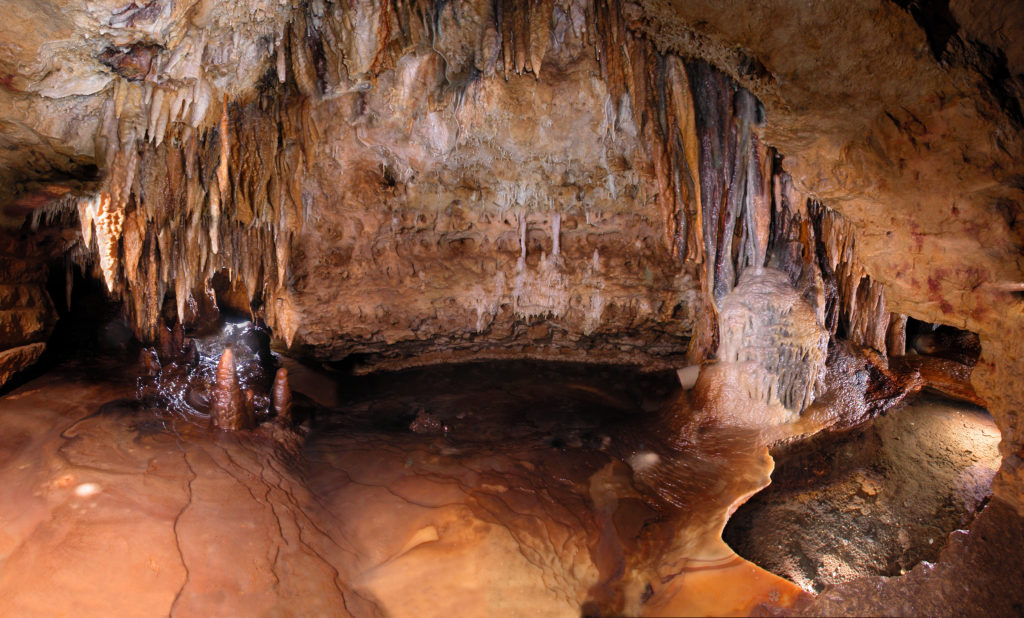